All of this material you see on my blog archive has been moved from its original place. This means that whilst I have preserved the old blog, many of the links have been broken. In the course of time, these will be repaired. However, you will most likely be able to find articles that are linked by using the search function – since most of the broken links are internal links to Yorkshire Viking. So if you find, for example, that a link to the logo does not work, write “logo” in the search field. That may be a good temporary fix until the old links can be updated.

Yesterday I received an e-post from a former pupil of the Percy Jackson Grammar School (which was the earlier name of Adwick School). I was informed that this Saturday my old school will be putting on a tour of its premisses – the last chance for those who went there to see where they grew up. During the Christmas holidays, the present academy will move out of the premisses and into its new buildings – and the older school buildings will all be demolished.

There is a Christmas Market and tour of the ‘Old School’ – the Former Percy Jackson Grammar School/Adwick School on Saturday 8th December 2012. The market begins at 10am and ends at 3pm and the tour starts at 12 noon – assemble in the reception area. This, as you may know, will be the last chance for many of us to visit our former school before it will be demolished next year. The new building for Outwood Academy, Adwick will be completed very soon and their use for the old buildings ended. They plan to move during the Christmas holidays – e-mail from former pupil.

Of course I should have liked to have gone. Unfortunately it is completely out of the question. Even if my economy allowed for a jaunt back to the United Kingdom (which it does not), I have other engagements this weekend. Nevertheless my heart will be there, and I have friends who are going. They have promised to take pictures. If they permit me to, I shall post some on this blog. 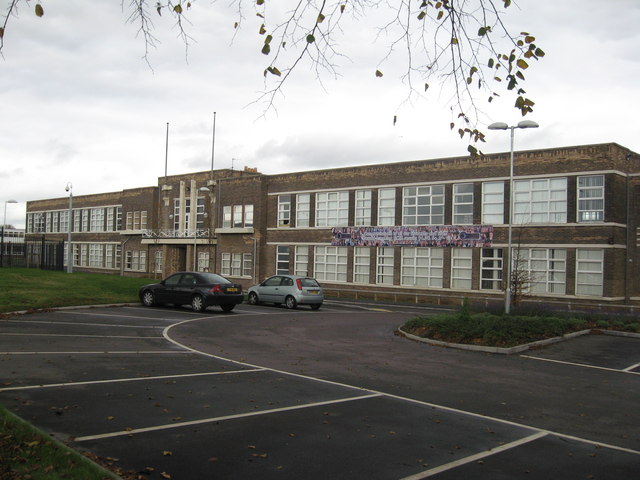 The former Adwick School now to be demolished.
© Copyright Richard Rogerson and licensed for reuse under this Creative Commons Licence

As I have maintained since the rebuild became known, although I do not oppose it – I think the new facilities are a great thing for today’s children – I will not be sending up the rockets the day the bulldozers move in. Some apparently feel differently. However, I think they are making a mistake. Whatever the failings of our teachers (I have a friend whose memories of school and Adwick in particular are not indescribably happy ones), our formative years are just that: they remain a part of us, and speaking for myself Adwick School will therefore remain a part of me.

On the other hand, I realize that it went from a school with a very good reputation, to one with serious problems, and I cannot speak for those who came after my generation…. one of whom has said that he would like to press the button the day it comes down! I still think that this marks the end of an epoch, and as such we should observe it with quiet dignity. Even if I think that they have done the right thing building new, it is still a sad day to lose the last seat of childhood authority.

Therefore as we now approach this end, Adwick School unashamedly comes to the fore of this blog. On this day, the fourth December 1979, my parents and I met the headmaster Mr Atherfold in the morning, and it was agreed that I should be transferred there. I remember that there was a system of coloured lights outside his room, saying when he was busy and when you could go in! In the afternoon my father took me to Cliffs in Doncaster, where I was fitted out with my Adwick School uniform. I was to start school the following Monday, 10th December. It seems a little strange that these dates fall exactly with the days this year, thirty three years later, just before it all comes to an end.

I should like to thank those who have promised to take pictures for me. Not everyone feels as comfortable with writing as I do, but words for visiting an old school just before it is demolished will always be found wanting. How do you express your feelings? When you see that place that once was “up there”, now very much at your own level? When what was strange and new is familiar, old and worn out? When that room you feared to approach is now just a mundane place?

So thank you to those who are going Saturday. I cannot exactly say enjoy yourselves, but I do hope that you will find the tour meaningful.